The road to legalizing marijuana 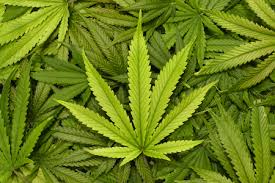 April 2015 American President Barack Obama during his trip to Cuba makes a stop in Jamaica, was from the far 1982 with Ronald Regan that a U.S. president was no longer on official visit to the island.

After landing at the Norman Manley Airport in Kingston the first homage of Obama was to Bob Marley, at 56 Hope Road New Kingston, the president visited the museum of the reggae star. Coming down from the presidential plane Obama told a local reporter that the trip from Washington DC to Kingston was accompanied by the notes of Legend, the best known LP of the Jamaican star of which confesses to have always been great Fans up as a kid . His visit continued with the meeting of the Presidents of the countries of the CARICOM to finish at the university campus of the University of the capital where he was allowed to interview by the University freshmen. Obama broke the ice with “massive greeting, what a gwaan Jamaica?”
(Welcome everyone, how goes Jamaica? From Potois, local dialect)
He responded to various questions posed by students at one of the most important universities in the Caribbean La UWI (University of West Indies).
The question he had most followed was that posed by a Rasta guy who asked the president USA what he thought of the legalization of smoking in the world. Obama responded that it is certainly good for governments who intend to approach this already tested project in 8 U.S. states. In addition to removing the trade of this substance to gangs criminals bring great benefits to the pockets of the state. However, the president continues, it must be done with very precise laws and regulations.
After the departure of Obama the Jamaican government issued the first license for the legal cultivation of smoking for therapeutic purposes at the University of Kingston he visited.

Jamaica Since 1970 has always been under the influence of the US government, so much so that it is precisely in April of 2015 that the House of Representatives modified the Law on Dangerous Drugs (Hazardous Drug Act), making legal possession of a maximum of 56 Grams of marijuana in public places, the cultivation of up to five plants per domicile as well as the use of smoking for religious purposes to the Rasta community.

Smoking is an integral part of local culture…. the inhabitants of the island call it herb (herb) referring to cannabis as a curative herb. The Rasta community instead calls it Ganja or Kaya.
While Ganja is smoked for religious reasons by the Rastas, the HERTB is consumed a bit by the whole population in the form of herbal tea or left soaked in white rum and then used as a painkiller.

Today it is possible to buy licenses for the cultivation both for playful and curative purposes and for the consumption it is enough to satisfy certain still unclear characteristics, to present several documents and to pay to the Treasury just over $500 US